More than a third (47%) of American adults say they’ve used a credit card solely to rack up rewards points, according to the latest Chasing Points study from Finder, an annual study of roughly 1,800 American adults about their credit card spending habits. That’s about 119.8 million of rewards cardholders, up 38% from the 2019 survey’s 87.1 million who admitted to the same.

(Chasing Points: How Many of Us Use Credit Cards Just for the Rewards?)

Even though more adults are swiping their credit card for the points than last year, they’re spending less on average. Our study found that Americans cardholders charged an average of $1,179.36 each to take advantage of loyalty programs associated with their rewards cards, a decrease of -35% from an average of $1,814.75 last year.

However, while more people than last year appear to be pulling out plastic in the hunt for rewards, the total amount they’re spending is on the way down. Americans spent $141 billion on their credit cards for rewards, which is roughly 11% less than the $158 billion spent in the previous year, the second year in a row of a decrease in rewards spending.

What were people buying?

Finder’s study found that of the nearly $1,179.36 spent by American cardholders looking to earn points on their purchases, they spent the most on groceries on average ($505.01), followed by dining out ($139.48). Flights ($118.99) and hotels ($90.31) come in next, showing that American cardholders are looking for an escape despite COVID-19 restrictions.

(Chasing Points: How Many of Us Use Credit Cards Just for the Rewards?)

Are rewards programs worth it?

Rewards cards can offer incredible perks. But whether they’re the right choice depends on your financial needs, spending habits and goals. Weigh the pros and cons of your rewards card, and map out how much you need to spend to reap the biggest rewards.

When looking for a card, carefully read any limits and restrictions on how you can redeem points, and look for eligibility on bonus points at signup. The potential for travel perks, cash back and bonus points could cause you to spend more than normal, potentially resulting in high fees and interest on those purchases.

COVID-19 has changed the way many people have used their credit cards in the past year. As a result, many providers have updated their rewards structure to reflect what people are spending most on during the pandemic (such as more rewards for spending on streaming services and less for travel).

Our data is based on an online survey of 1,790 US adults born between 1928 to 2002 commissioned by Finder and conducted by Pureprofile in September 2020. Participants were paid volunteers.

We assume the participants in our survey represent the US population of 254.7 million Americans who are at least 18 years old according to the July 2019 US Census Bureau estimate. This assumption was made at the 95% confidence level with a 2.32% margin of error.

The survey asked respondents whether they have spent on a credit card because of the rewards program and, if so, how much have they spent in the past 12 months.

We define generations by birth year according to the Pew Research Center’s generational guidelines:

Also check out How a Good Credit Score can Help you. 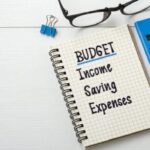 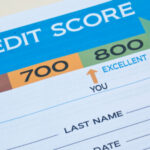