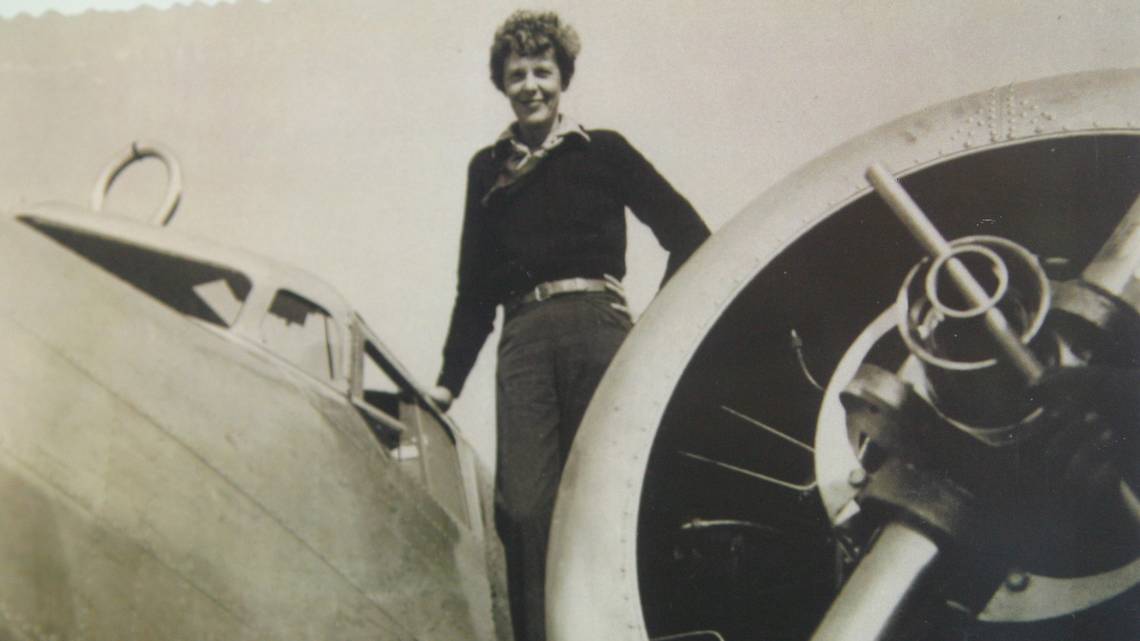 Amelia Earhart Fans, Have We Got a Town for You. Love for the aviatrix runs deep in this middle-of-nowhere Midwest destination.

IF YOU’RE STANDING RIGHT BESIDE IT, on the grassy hillside below the historic Mount Vernon cemetery, you might have no idea it’s there. But find your way to the viewing platform and the image becomes more clear: a huge one-acre likeness of aviatrix Amelia Earhart, wearing her flight cap and goggles, meticulously constructed out of vegetation, stone, and earth by Kansas artist Stan Heard. Fittingly, if you want the best view, you gotta be up in the air.

It would be weird if there was no direct connection between Earhart and the chosen location of this elaborate earthwork: Atchison, Kansas. But it was here, just 40 minutes north of Kansas City, that Amelia Earhart was born on July 24th, 1897 in a white two-story Gothic Revival house overlooking the Missouri river. She lived here with her grandparents—now interred at that Mount Vernon cemetery—until the age of eight, and this town of 10,600 has dedicated itself to her memory.

(Amelia Earhart Fans, Have We Got a Town for You)

Atchison has turned into a sort of must-do pilgrimage for aviation buffs. You can fly into Amelia Earhart Memorial Airport and stop by the adjacent Amelia Earhart Hanger Museum to see Muriel, a 1935 Lockheed Electra 10-E airplane identical to the plane flown on Earhart’s last journey, and the last of only 14 ever made.

You can also take a picture with not one, but two identical life-sized statues of Earhart donning her familiar flight jacket and scarf—one in a downtown mall, another in the International Forest of Friendship. Here, a special walkway honors other women pioneers of the sky, including Jacqueline Cochran, Alice Hammond, Neta Snook Southern, and astronaut Sally Ride.

“Everybody wants to talk about the theories of her disappearance.”

ALL THIS EXCESSIVE ADORATION IS COMPLETELY JUSTIFIED, of course. Earhart’s inspiring, record-setting career began early and sped fast: As a young aviator she took her first flight in 1920, bought her first plane in 1921, and broke the women’s altitude record in 1922. She continued to crush speed and distance records, and in 1932 became the first woman to fly solo across the Atlantic (fifteen hours from Newfoundland, Canada, to a cow pasture in Northern Ireland). In 1935, she flew from Honolulu to Oakland, making her the first person—man or woman—to fly solo across both the Atlantic and the Pacific oceans.

In her short life, she lobbied for women’s rights and served as the first female vice president of the National Aeronautic Association. And then in 1937, she hoped to become the first woman to circumnavigate the world equatorially—a segmented trip leaving from Miami that would eventually amass 29,000 miles. By June 29 she and her navigator Fred Noonan had made it to Papua New Guinea with just 7,000 miles to go. On July 2, days shy of her 40th birthday, they took off towards Howland Island and were never seen again.

“Everybody wants to talk about the theories of her disappearance,” says Heather Roesche, curator at the Amelia Earhart Birthplace Museum, the restored home of Earhart’s youth. Owned and run by the Ninety-Nines—the international women’s aviation organization that Earhart helped found in 1929— it houses possessions, memorabilia, and artifacts from her storied career (including a poster of a Lucky Strike ad that lost her a few endorsements).

Guests tend to linger in the butler’s pantry, where the conversation inevitably turns to Earhart’s demise. “There’s a timeline in there and a lot of pictures,” says Roesche. “And the main attraction is the map showing her last flight.”

One popular theory—and the official stance of the US government— is that Earhart and Noonan ran out of fuel and crashed into the ocean just short of Howland Island. Another is that they were castaway on Nikumaroro, an uninhabited island in the western Pacific, and there lived out their remaining days (sadly, sans volleyball named Wilson).

A third theory maintains that Earhart was captured by the Japanese and died in their custody, which spawned a fourth conjecture, one that somehow gained incredible traction despite veering into the absurd. It asserted that Earhart was captured by the Japanese, then freed and repatriated to the United States where she assumed the name Irene Bolam. The real Irene Bolam was a New York banker and aviation enthusiast whose striking resemblance to Earhart caught the eye of retired pilot Joseph Gervais; in 1970, he published his imposter theory with author Joe Klaas in the book Amelia Earhart Lives. Bolam promptly filed a defamation lawsuit, calling the book “utter nonsense” and it was pulled from the shelves. Bolam died in 1982, always claiming to be, well, herself. Still, if you want to see the documents of her legal action against Gervais and Klaas, look no further than Atchison, Kansas. You’ll find them in the Amelia Earhart Birthplace Museum.

In case airplanes aren’t your thing, check out this amazing Tequila Train. 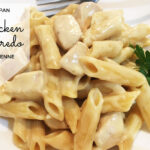 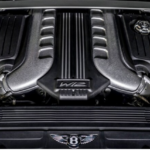